After accusations arose months ago about his alleged involvement with a possible fake COVID vaccination clinic, Oakboro Police Chief T.J. Smith was suspended for two weeks without pay and put on a six-month probationary period. 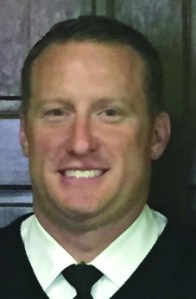 According to Oakboro Town Manager Doug Burgess, that period ended June 21 after he was disciplined by the town in December 2021.

The accusations placed Smith on unpaid leave and probation for “detrimental personal conduct including notifying law enforcement officers to attend a ‘clinic’ where they would be able to obtain proof of COVID-19 vaccination cards without being vaccinated,” according to a letter issued in December by Burgess.

The Stanly News & Press attempted to speak with Smith, but he declined to comment.

Smith has been Oakboro’s police chief since August 2016.