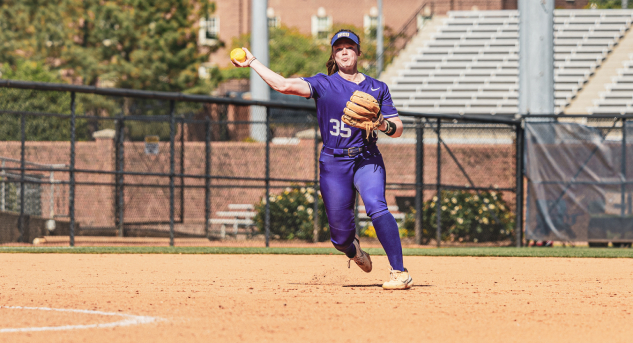 She was a standout for one of North Carolina’s most successful fast-pitch softball programs, then played softball at the highest college level.

Huneycutt set program records for the Catamounts with 37 career home runs and 83 career walks. She is only the third player in the program’s history with more than 100 career RBIs, finishing the 2022 season with 104 runs driven in.

She delivered 50 or more hits for two straight seasons and led Western with a .329 batting average.

Huneycutt’s 2022 accomplishments came after winning the Southern Conference Player of the Year in 2021, a first in school history, while leading both her team and the conference in batting average (.364).

With an additional year of eligibility, Huneycutt said she plans on playing next season while working on a minor in business after finishing her degree in engineering. For her career, Huneycutt has batted .317 in 169 games with 37 home runs and 104 RBIs.

When her career home run mark reached 34 on April 19 against Presbyterian, Huneycutt said she did not know she had tied the record until it was announced at the game.

She went the next three games against Furman without a homer, saying the pitching was a little different even though she was still making good contact.

“I just kept swinging. I was making good contact, but of course it’s in the back of your mind…it was more of a keep swinging thing and you’ll finally get it, and that’s what it was,” Huneycutt said.

The record breaker came May 7 at home in the second inning of the first game of a doubleheader against Chattanooga.

“I’m proud that I broke it, but I’m glad it was behind me,” she said. “I didn’t think it would be that big of a deal. After I broke it, it was a weight off of me, whenever you get that last one.”

Her senior year at West, Huneycutt hit 12 home runs, but her first two seasons with Western, she hit eight, including the COVID-shortened season of 2020.

“The swing mechanics were always there,” she said about being a home-run hitter. “I could always pop them out when I needed to, but now I’ve figured it out. Home runs are more of a timing thing.”

Huneycutt said the college game is more fast-paced than high school or travel ball, adding she played shortstop, a different position in high school than what she was used to playing. She played first base her freshman year before moving back to shortstop.

She was coached by her mother, Gina, and aunt, Joy Hathcock, in her early years, Huneycutt said, which helped build in her a love for softball, along with her father and other family members. Hathcock was a member of West Stanly’s first state championship softball team in 1998.

Huneycutt said the coaching staff at Western, including head coach Jim Clift and assistant coach Madison Armstrong, has been fantastic.

“I can say nothing but positive things,” Huneycutt said. “Our practices are more like fun, bubbly, stuff like that. We’re always having fun, especially with the class that I came in.”

Her love for softball has kept her career at Western going, which she will wrap up next season in her fifth year.

“I wanted to know how far I can push myself and see what I can do at the collegiate level,” Huneycutt said. “Finally finding your home where you’re going to settle down for your collegiate career was a big step.”