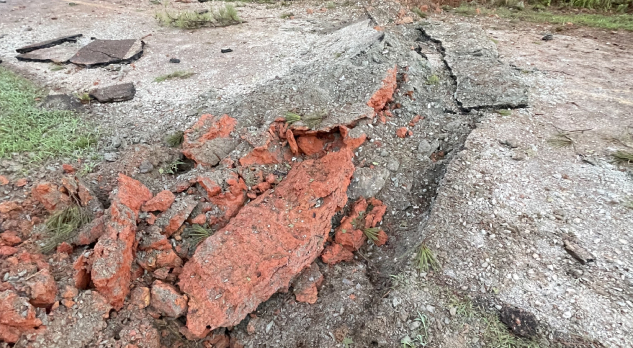 A storm late Wednesday night on Hatley-Burris Road area caused enough damage to the road to force its closure.

In a Facebook post from the Oakboro Police Department, the road was shut down when lightning ran through the road and struck a tree, causing debris damage to the roof of a nearby home. Power, cable and phone service were all knocked out in the Trotters Ridge area.

According to Jen Thompson, communications officer for Division 10 of the North Carolina Department of Transportation (DOT), maintenance crews were dispatched to the road Thursday and made repairs.

“Basically, what they did was clean out the debris first and see if there was any pavement, which was still good. We milled it with some new mixed, packed it and backfilled, and got the road smoothed over and paved, and then opened it back up to traffic,” Thompson said.

She added fixing the road was not unusual, but the circumstances of the storm and how it happened were unique.