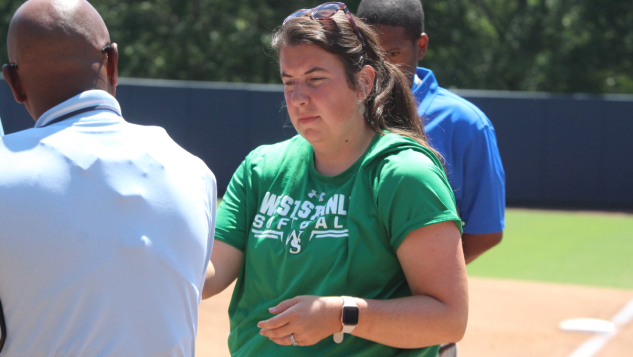 Ten high school programs were selected by their peers as a 2022 NFCA Regional Coaching Staff of the Year, the National Fastpitch Coaches Association announced recently.

To be eligible, the program’s head coach must be a member and nominated. Winners were voted by member head coaches in each of their respective regions. Only members of the NFCA can vote for the winners.

Smith was assisted this season by Walker Barbee, a former standout Colt who played Div. I NCAA softball with the University of Pittsburgh, and statistician Aaron Hartsell.

West won 24 of its final 25 games after starting 5-3, as first-year pitcher Lily Huneycutt went 27-3 overall with a 1.51 earned-run average for the Colts, striking out 251 batters.

“Our coaching staff is so extremely appreciative for this award. We are so humbled that we would be nominated and then to win the award, we are very grateful. There were so many amazing coaching staffs nominated, and we are just happy to be a part of it,” Smith said.

The West coach said she was “thankful every day that I get to coach for a program like West Stanly Softball. More importantly than just softball talent, our players are such well-rounded individuals. I cannot say enough good things about our players. They have such a joy for life and for the game of softball. They work hard in the classroom and on the field every day. I am so thankful for our coaching staff and the way that we all worked together to make it an unforgettable season.”

Smith added, “There are so many people that worked behind the scenes to help make the softball program run smoothly. Everything from helping with the field, to running the concession stand, to the music and announcing, and so much more. So while I am extremely grateful for this award, all of those people are just as much deserving and a part of us earning this.”

Regarding the softball program at West, Smith said it was “an honor to be one of the 10 schools in the country to receive this award. It embodies all the hard work that our players put in throughout the season and for the awesome amount of community and fan support we had throughout the entire season.”