The man who led West Stanly to one of the school’s five state championships in softball has now joined an elite group of coaches in the sport.

Kidd, who currently coaches at Andrew Jackson High School in Kershaw, South Carolina, coached at his alma mater, West Stanly, from 1999 to 2016. He led the Colts to the 2013 2A state championship and posted a 363-98 coaching record overall with the Colts (78.4 percent). 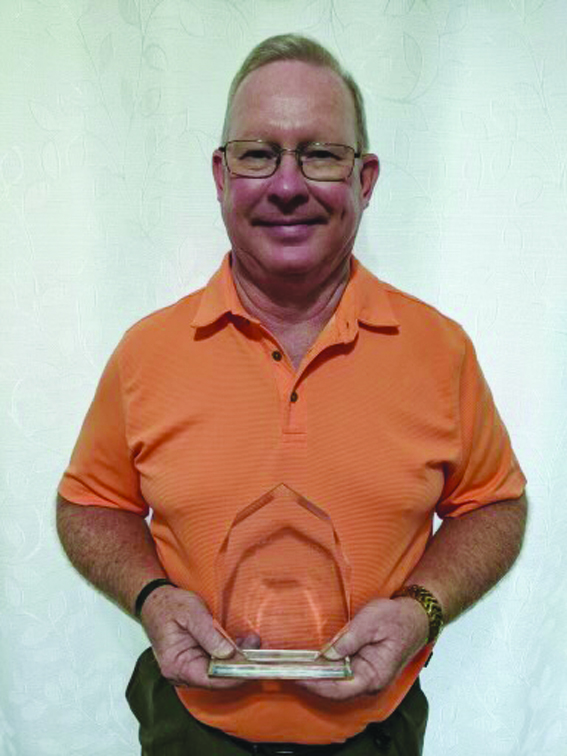 He spent 12 years at Myers Park High School and has coached for 34 seasons, including the last seven in South Carolina. For his career, Kidd is 542-220 overall (71.1 percent).

His teams have won 13 conference championships, and 12 times Kidd was named conference Coach of the Year. His teams have reached the final four five times, including last season when his team won the S.C. Lower State title.

The Stanfield native also coached women’s basketball and football throughout his career.

Winning this honor, Kidd said, “reiterates the fact that I’ve been blessed throughout my coaching career and been surrounded by great players and great people always around me.”

Reflecting on his time at West, the coach added, “we were always extremely competitive and had great players every year…one of the biggest compliments is we would have a great season and be back next year even thought we would graduate five or six players. We always had good players coming in.”

Kidd described the West Stanly area as being a hotbed of fast-pitch softball, noting the number of state titles coming from the area. Including South Stanly’s three titles and North Stanly’s 1A crown in 2017, Stanly has had nine state championships.

In terms of his team’s successes, Kidd said, “I would hope the girls know I care about them, first and foremost. After that, work ethic and teamwork is the way (success) is going to happen. Our motto for a long time at West was TEAM (Together Everybody Achieves More).”

When asked if he had a secret for success by other coaches, the former West coach said there was no secret.

“The girls worked hard and put in the time…if they had time for you, you have to have time for them, that you’re invested in them as well, watching you work hard,” Kidd said.

Softball also was a way of teaching life skills and raising kids to be “great citizens and people.”

Beyond coaching the sport, he added, he tried to improve the facilities of each place at which he coached, building new fields at Myers Park and West Stanly.

Ultimately, Kidd said any good thing in life he accomplished was due to God’s influence.

“We are not good by nature; it takes the hand of God. I hope I can in some small way show God’s love for each of us in the way I live, teach and coach. If I can do that, I will have been successful. I can only do that through following Him.”