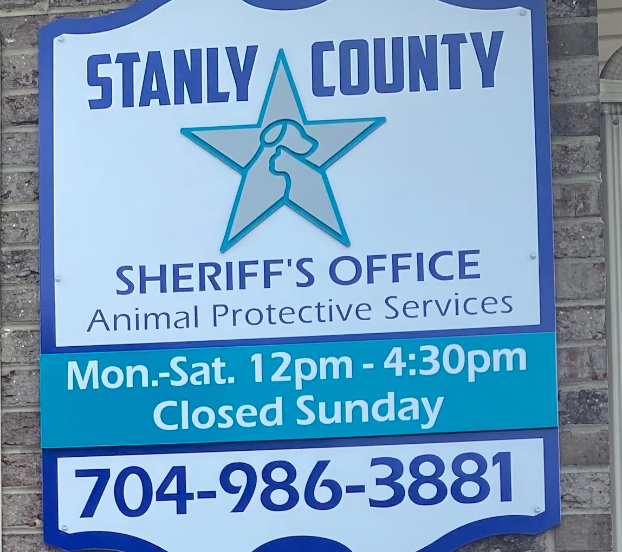 Jana Aviles is stepping away from her post after almost two years on the job.

After almost two years as the shelter director at the Stanly County Animal Protective Services, Jana Aviles is leaving her post, as she sent her resignation letter to Sheriff Jeff Crisco Friday afternoon. Her last day will be Sept. 16.

Crisco said the Sheriff’s Office, which oversees the shelter, is getting ready to advertise for the vacant position.

When asked about an interim director, Crisco said the Sheriff’s Office will work to ensure the shelter continues to operate effectively.

As the shelter, at 1037 Coble Ave., Albemarle, has gotten busier during her tenure, staffing has not kept up with the demand — one of the main reasons why Aviles said she is stepping away.

“The shelter has outgrown the current staffing and policies and the community is expecting more out of the shelter,” she said.

Aviles noted she and a part-time staffer, the only civilian employees, have been working “above and beyond what we were capable of doing expecting the county to grow with us and it just hasn’t happened.”

The part-time employee, Karen Linker, has been with the shelter for a year, Aviles said.

In addition to Aviles and Linker, there are five full-time Animal Protective Services deputies who are responsible for cleaning and feeding the dogs in the morning and afternoon, Crisco said. They also respond to calls within the community.

According to an Aug. 9 Animal Welfare report conducted by the Animal Welfare Section of the state’s Department of Agriculture and Consumer Services, the shelter was “not in compliance” when it came to having a sufficient number of employees. The report noted that shelters of similar size in the state have three to four times as many civilian employees.

Due to the limited staff, the report found that “much of the daily care and cleaning of the animals, proper record keeping, and enrichment is not being conducted to a minimum standard set forth by the NC AWA.”

Crisco is aware of the inspection and said that to meet the Department of Agriculture’s standards, “we continue to look for ways to reduce the number of animals that we maintain in the shelter daily by streamlining processes, including the adoption process, evaluating needs and utilizing all resources.”

As a result of being the only full-time employee, Aviles said she has regularly been the only employee at the shelter for as many as three days a week, before the hours were reduced. The shelter is currently open Tuesday through Friday and once a month on Saturday; a year ago, it was open six days a week.

“I’m completely burnt out,” she said.

Aviles said she has asked for additional help numerous times. Knowing additional workers was needed, Crisco requested an additional full-time shelter assistant in addition to another full-time deputy (at the time, there were only four) during budget negotiations late last year.

“Due to the call volume that we had, they could not keep up with the calls for service,” Crisco said.

County Manager Andy Lucas recommended the additional officer, which the Board of Commissioners approved, Crisco said, but he did not recommend approval of the shelter assistant.

Lucas said he did not recommend another full-time position because the shelter already had Aviles and the part-time employee.

“There were other needs across the county and other departments that needed staffing as well and so I just couldn’t figure out a way to make it happen,” Lucas said, noting he would look into adding another staff member during the next budget.

Working to improve the shelter

Aviles was hired in November 2020, after the Animal Control office was placed under the jurisdiction of the Sheriff’s Office. It had previously been overseen by the Stanly County Health Department.

She had previously worked as shelter care supervisor at the Cabarrus County Animal Shelter and had been a veterinary assistant/adoption manager at Cabarrus Animal Hospital.

The work seemed to have made an impact, as the live release rate since she took over until the end of August is 93 percent. For the first half of this year, the rate is even higher at 95 percent. By contrast, the rate in 2020 was only about 55 percent. In 2016, it was less than 20 percent.

Shelters have to have a release rate of at least 90 percent to be designated “no kill,” Aviles said.

During her time, 398 animals have been adopted and of the 2,652 animals that have come into the shelter, only 159, or six percent, have had to be euthanized, according to data shared with The Stanly News & Press.

“Mrs. Aviles has done an amazing job since she came to work with us,” Crisco said. “We cannot thank her enough for the network of rescues, volunteers and veterinarian care facilities at our disposal.”

In light of Aviles’ resignation, several citizens wrote letters to the SNAP this week, concerned with the lack of staff and fearing the shelter will again become a kill shelter, like it had been in the past.

Crisco emphasized the high standards Aviles helped create will remain and SCAPS will not devolve into a kill shelter.

“The entire staff at the animal shelter as well as this administration has worked extremely hard to obtain a better than 95 percent survival rate,” Crisco said. “We are not going to do anything to jeopardize this and will continue to work toward improving processes with the resources we have available to us.”

Regarding comments circulating on social media that animals will be euthanized after being in the shelter for at least 30 days, Crisco said they are not true.

Euthanizations only occur as a “last resort,” he said, and are carried out out with the “upmost respect to the animal and by a certified euthanasia technician that follows best practice guidelines set by the North Carolina Department of Agriculture.”

Aviles said she is confident Crisco and the deputies “are willing to continue everything that we’ve done.”

She is not sure what she will do once she leaves the shelter, but Aviles is grateful for the time she spent interacting with the animals and the public.

“It’s definitely been an incredibly experience getting to know the community,” she said.