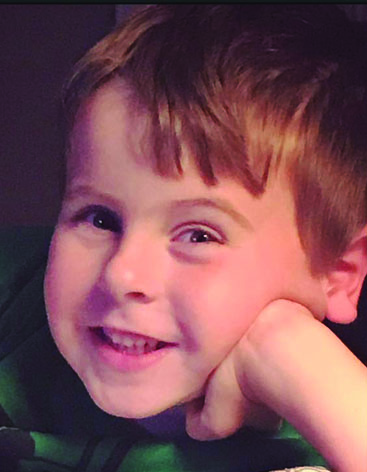 A local organization concerned with pediatric brain cancer will continue to raise funds by sponsoring an upcoming kickball tournament.

The Third Annual Kickin’ It For Jace kickball tournament will begin at 9 a.m. Saturday at the Locust City Park.

Proceeds from the event benefit the Warrior Jace Thompson Foundation, which started when 4-year-old Jace was diagnosed with Diffuse Intrinsic Pontine Glioma (DIPG). DIPG is an aggressive, pediatric brain tumor that attacks and attaches itself to the brain stem, for which there is no cure.

Jace fought the disease for close to one year after diagnosis, but passed away at the age of 5. The foundation was created in his memory to raise awareness and funds for DIPG research.

During the COVID-19 pandemic, the foundation was looking for a way to raise awareness and funds for cancer research. The group decided to have a kickball tournament, which Jace’s grandmother Sharon Sanders said “was a fantastic way of getting people outside again.”

She added the Locust Parks and Recreation Department “was very helpful in assisting us with the kickoff of this event. We were on pins and needles hoping the governor would lift its ban on outside activities. Thankfully, a week before our tournament was scheduled the ban was lifted.”

Fourteen teams played in that inaugural event, while the next year saw eight teams take the field, with the Cornelius Police Department earning first place. Second place that year was a team which had Jace’s older brother, Blake, and cousin Jake playing on it.

Teams are still being invited to this year’s event, along with members of the community, to come out and support the foundation. Admissions is free but donations will be accepted and concessions will be available.