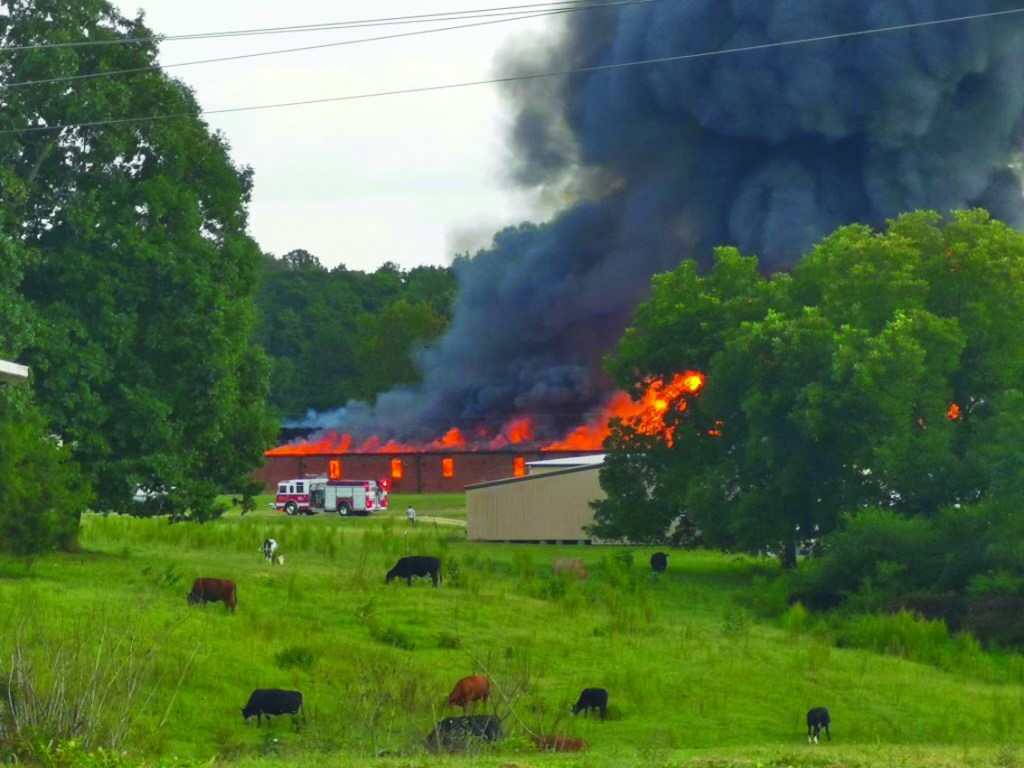 An upholstery business in Stanfield at the end of Sunset Lake Road which caught fire Friday afternoon is “a total loss,” according to fire officials on the scene.

West Stanly Fire Department Assistant Chief Tyler Huntley said there was “a large amount of fire throughout the building” when units first responded.

He added, “We were unable to make entry just because of the contents of the building and the fire loads. We made efforts to try and stop the fire where we could.”

Firefighters could not initially get a lot of water pressure to fight the fire, Huntley said, noting crews had to back up in order to get more water. The nearby Sunset Lake was used, he added.

“We had multiple walls collapse on the building shortly after our arrival. It was just too big of a fire to be able to get put out with what we had on scene at the time,” Huntley said.

The assistant chief said crews were aware of what was in the buildings due to pre-plans done before. The building had furniture and vehicles inside, which Huntley said meant the building had “a lot of different things in here that could catch on fire.”

Initially, fire crews from West Stanly, Oakboro, Ridgecrest and Midland responded to the blaze, while later tanker trucks from New Salem and Fairview in Union County assisted, along with Mount Pleasant Fire Department.

One firefighter was treated for heat exhaustion, Huntley said, but as of 6 p.m. no other firefighters were injured.