An employee working with Stanly Community College has been arrested and faces charges referring to crimes against children.

According to a release from the Stanly County Sheriff’s Office, on Oct. 14 detectives arrested Lori Thomas Huneycutt, a success coach employed by SCC to work with college-level students. 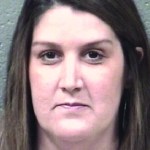 Huneycutt received three felony counts of abduction of children and four misdemeanor counts of contributing to the delinquency of a minor.

The allegations stem from a report received by the Criminal Investigations Division of juveniles enrolled at Stanly Early College, located on the SCC campus, being provided alcohol and vaping devices from an SCC employee.

According to officials at SCC, Huneycutt was employed on a part-time basis starting Aug. 1. She was given notice of termination on Oct. 18.

The release further stated the investigation found Huneycutt allegedly had taken juveniles off campus during the school day, along with providing vape pens and alcohol.

A success coach is an individual who is paired with different students and programs, helping them to navigate through college life, according to Nicole Williams, executive director of marketing and outreach for SCC. Success coaches check in with students approximately two to three times a semester.

“A success coach helps to coordinate, enhance and offer academic support to college students from enrollment to graduation,” Williams said.