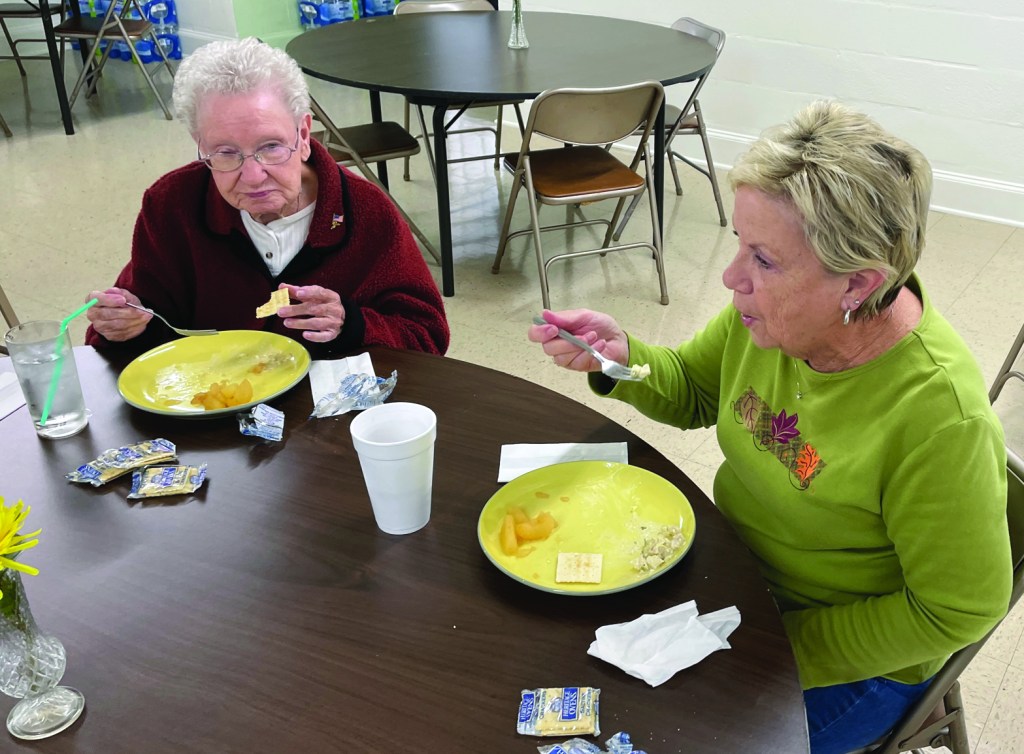 Irene Troutman and Donna Troutman enjoy a ham lunch together at Richfield UMC as part of the church’s new community lunch program. (Photo by CHARLES CURCIO/staff)

It has taken a couple of years to come to fruition, but Richfield United Methodist Church now is serving lunches in person and drive-through for community members in need.

The church previously was working with Stanly Community Christian Ministry, which has continued to provide drive-through meals at Mount Zion Lutheran Church twice a week. However, concerns and delays caused the church to go in a different direction. 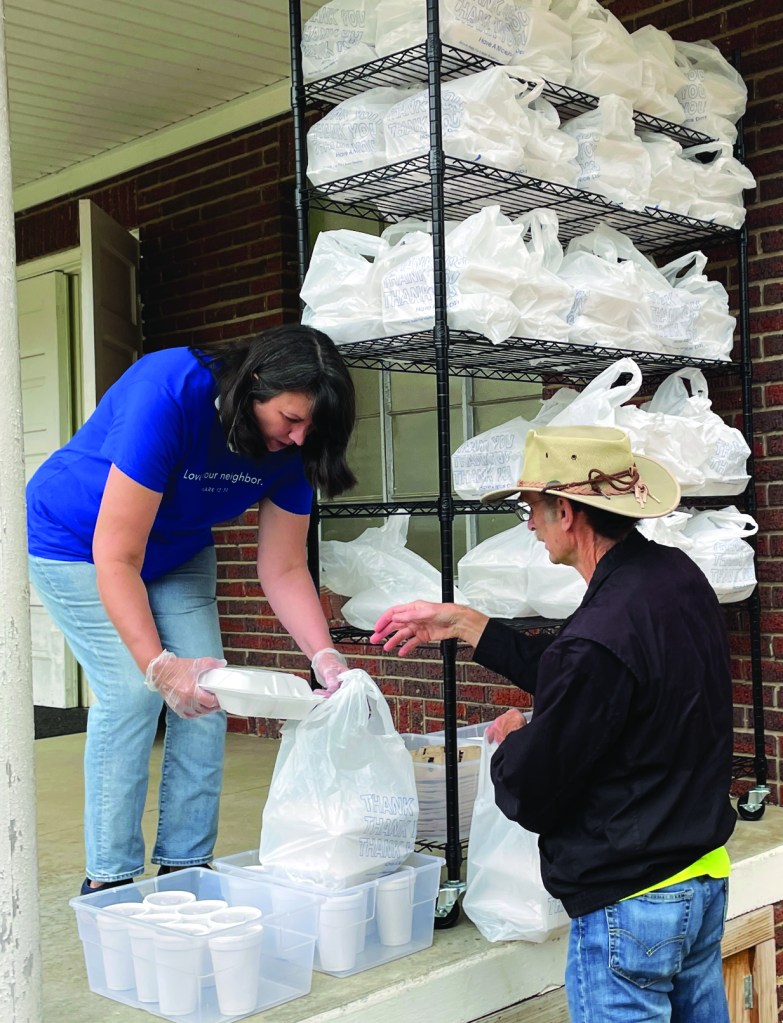 Since the first week of September, a new group called Gather Around the Table has been doing free lunches from noon to 1 p.m. on Monday and Wednesday. According to Cindy Scott, owner of Lulu’s Restaurant and a volunteer with the program, an anonymous donor has privately provided funds for the program.

According to Scott, the church has averaged around 140 lunches served per day.

“This is the end to a dream that church has had, remissioning the church to do something for the community. One thing we saw as a need was feeding people,” Rev. Rick Clough, pastor of Richfield UMC, said. “That’s the only intentions we had.”

Scott said the program “has been a huge thing for this community. It’s begun to repair some things….it’s beginning to repair some of the damages and friendships.”

Scott also said the majority of the people who pick up meals are senior citizens and people on fixed incomes, or low-income families.

“They are coming here to supply what they can’t buy. That’s what’s important.”

Scott and Clough said more improvements to the program are coming in the new year, including health checks for residents, blood pressure checks and possibly flu and pneumonia vaccine clinics.

Scott also said the program will be geared in part for children in need with coat and clothing drives.