Albemarle native O.J. Sikes was inducted into the Western Music Hall of Fame in a ceremony in Albuquerque, New Mexico, in mid-November, at the annual International Western Music Association’s annual convention.

He was inducted along with Ranger Doug Green, of Riders in the Sky, and Don Cusic, noted author, who serves on the faculty of Belmont in Nashville. 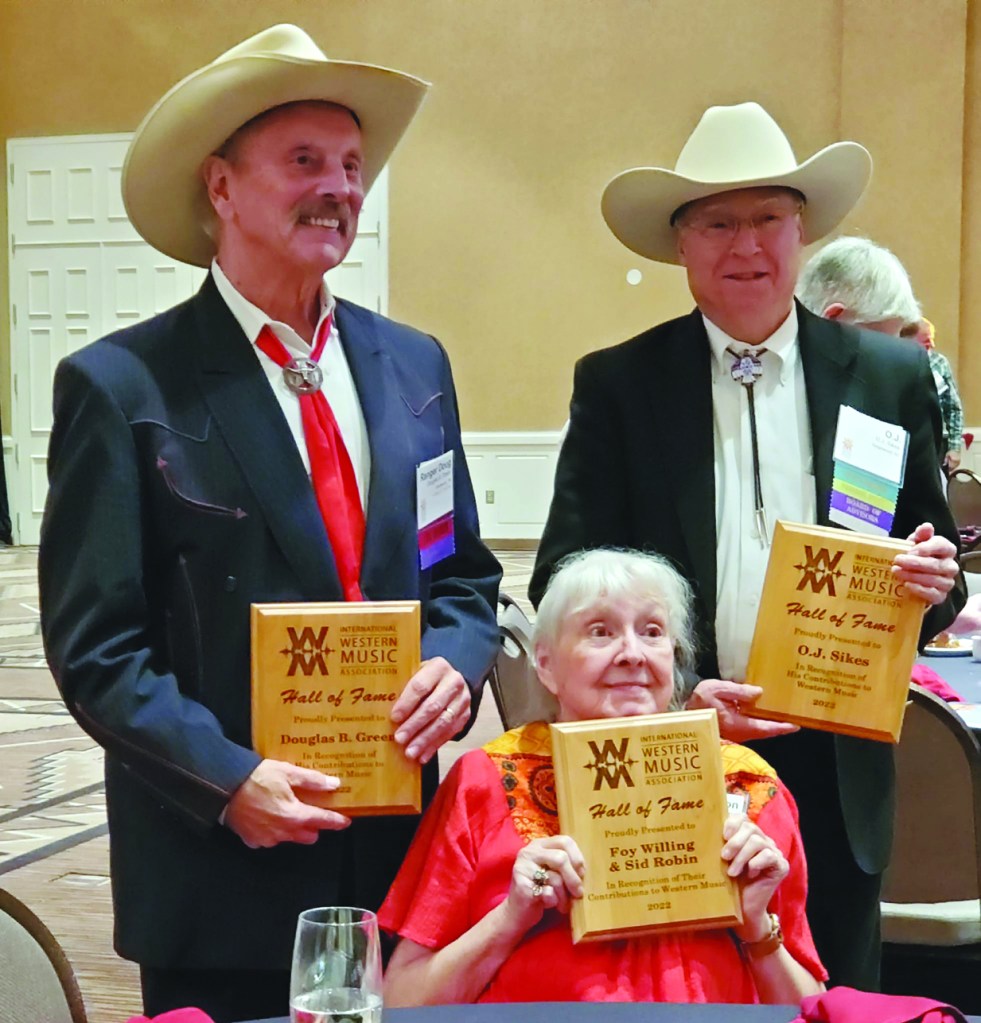 From left are: Ranger Doug of Riders in the Sky, Sharon Willing (representing her late husband Foy) and Albemarle native O.J. Sikes. (Contributed)

All three were recognized for their work, documenting the history of Western music.

A number of other inductees, all deceased, had been announced earlier in the fall, but the award came as a surprise for the living recipients, and was announced after Ranger Doug had made introductory remarks at the convention’s opening luncheon.

Upon learning of their awards, Green and Sikes referred to a comment Gene Autry had made upon receiving a similar honor long ago. Autry said “I don’t feel that I deserve this, but I have arthritis, and I don’t feel I deserve that, either!”

Foy Willing headed a singing group called Foy Willing & the Riders of the Purple Sage that worked with Roy Rogers in the movies in the late 1940s and early 1950s at the end of the singing cowboy movie era.

Sikes is a former United Nations official who retired after 30 years of service and launched a new career in radio (KKRN.org) based on his Western music hobby.

Sikes was profiled in a story in The Stanly News & Press in 2018. Click here to read it.