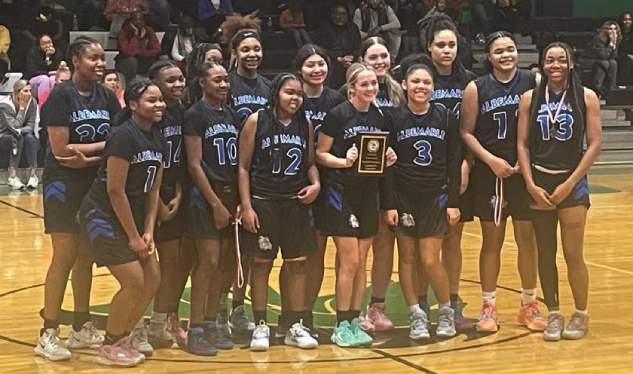 The Albemarle women’s basketball team took on the Covenant Day Lions for the second time in three days in the finals of the 2022 West Stanly holiday tournament.

As they had previously, the Bulldogs won big, claiming the tournament title with a 70-32 victory on Wednesday.

Amari Baldwin, who was named tournament’s Most Valuable Player, just missed a triple-double with 26 points, 11 steals and nine rebounds.

Nyleiah White added 13 points and five steals while Jasmine Brown had a double-double with 10 points and 10 boards. Bianca Robinson got close to another double-double, finishing with eight points and seven rebounds.

“It’s great to see them building the chemistry and starting to put everything together,” Albemarle head coach Eric Davis said. “We have a great group of kids; it was nice to get those wins heading into conference.”

Brown, Robinson and White were all named to the All-Tournament Team along with Baldwin.