Animal Control hones in on adoption 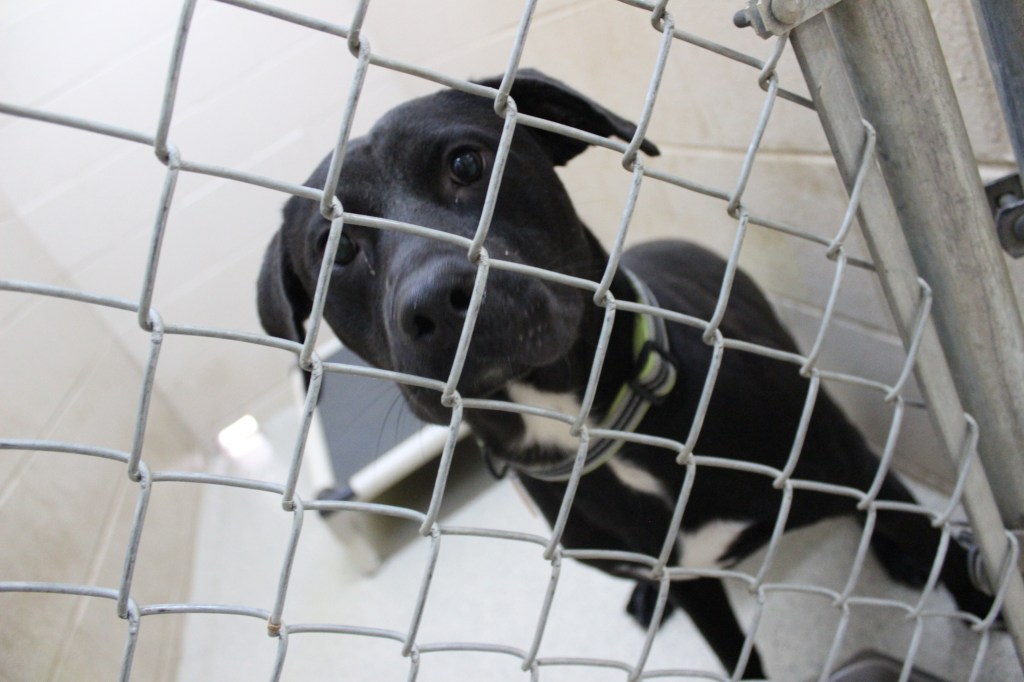 Diesel -- a one-year old black lab and retriever mix -- is one of the adoption hopefuls at Stanly County Animal Control.

Stanly County Animal Control is stepping up its game when it comes to adoption.

Over the summer, the department hired its first adoption and rescue coordinator to better find homes for their animals.

“We’ve never had this position before,” said animal control officer Wes Smith. “We’re really excited to have someone dedicated just to that.”

He and the other animal control staff regularly meet residents who don’t know their shelter exists. Or at least don’t realize they can adopt cats and dogs there. 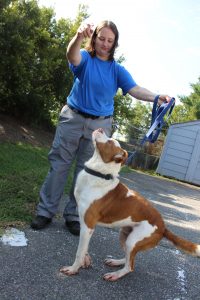 Jennifer Deese — Animal Control’s new adoption and rescue coordinator — works with Chance, one of their dogs looking for a home.

Deese, who previously volunteered for the Montgomery County Animal Control, was responsible for building up its digital outreach program before coming to Stanly. She’s already implementing many of the same tools here, adding the county’s shelter to four new digital platforms over the past four months.

Now managing accounts on Facebook, Pet Harbor, Pet Finder and Adopt-A-Pet, their office has garnered not only more calls from within the county, but also more interest from outside it.

“We’ve had people come in from as far as Charlotte, Winston-Salem,” Deese said. “We even had a family from one of the northern states come in and adopt while they were down here for a graduation.”

In fact, since the end of May the shelter found homes for 130 dogs and cats, 87 of those at rescues, 43 to adoptions.

“We want to focus on both connecting with new families and new rescues,” Deese said.

Rescues, she explained, are nonprofits who specialize in helping animals with health or temperament issues. Animal Control cannot adopt out animals that have ongoing medical issues or a history of behavioral problems, so they rely on rescues to treat those animals and help find them homes.

“We’re looking for rescue partners both in and out of the county,” Deese said.

But even more importantly, they’re looking for people. People who want to give the animals at their shelter a home.

“Because we get really attached to the animals that come through here,” Smith said.

For example, one of the dogs that came through recently was a pitbull-basset hound mix named Groot. 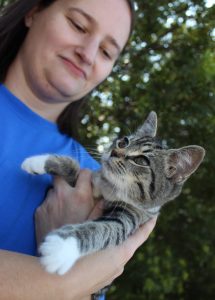 “He had a pit head and a basset body,” Smith said. “He was just so outgoing, so friendly … we all loved him.”

So when Groot finally joined the long line of recent adoptions, the whole office was thrilled.

“That’s why this new position means so much,” Smith said. “We get attached to them like everybody. It’s good to see them find a home.”

And as for the families that take them in, it turns out to be not just a good deed, but a good deal, Deese added.

Animal Control’s adoption process covers filing fees, spay/neutering, vaccines and the first round of any basic treatments like deworming, all for $100.

“It makes it simple, which makes it easier,” Deese said.

Which is what they are pushing hard to be.

“Whatever I can do to make (the adoption) process easier,” Deese said. “That’s what I’m here to do.”