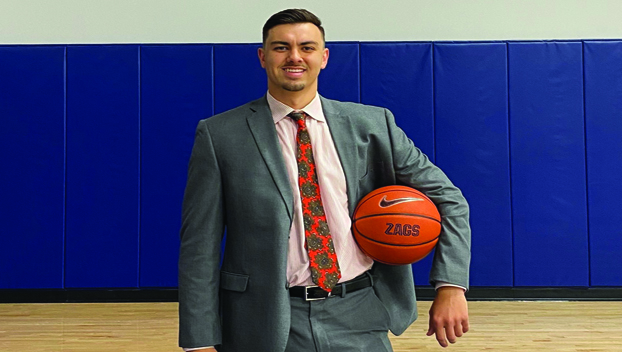 Ryan Lundvall, one of the Falcons’ first-year players, will begin playing his first and last year of college basketball, per NCAA eligibility rules, as he completes Pfeiffer’s Master of Science in Leadership (MSL) program online.

On Nov. 13, when the men’s basketball team of Pfeiffer University plays its season-opening game against Covenant College, Ryan Lundvall, one of the Falcons’ first-year players, will be especially thankful. He will begin playing his first and last year of college basketball, per NCAA eligibility rules, as he completes Pfeiffer’s Master of Science in Leadership (MSL) program online.

“I am extremely honored and ready to take full advantage of this new experience with an open mind, heart and soul,” he said. “My goal of winning a national championship is still on the horizon. I want to thank all who have supported me and believed in my dream of playing college basketball.”

This past spring, Lundvall earned a bachelor’s degree in sports management and marketing from Gonzaga University. He nearly made Gonzaga’s basketball team as a walk-on, having played at Strake Jesuit College Preparatory, a high school in Houston, Texas. Instead, he served as the head student manager for Gonzaga’s men’s basketball team, which reached the finals of last season’s NCAA Division I championship game in Indianapolis, Indiana. In addition to performing traditional managerial duties, he participated in drills during team practices. He also played club basketball when his schedule permitted.

Pete Schoch, the head coach of men’s basketball at Pfeiffer since 2018, coached the Falcons to a USA South East Division Championship last season. He envisions a run to the DIII championship next March, citing Lundvall as a major reason for his optimism.

“Ryan is a terrific, terrific player,” Schoch said. “We’re just thrilled to have him.”

Lundvall first came to Pfeiffer’s attention last summer when he and Kenneth McHam, one of Schoch’s assistant coaches, were working as basketball coaches at Camp Greylock, which is in The Berkshires, a rural region in the mountains of western Massachusetts. During a late evening of pickup games for camp counselors, Lundvall put on quite a show.

“He was scoring at will regardless of who guarded him,” said McHam, who watched it all unfold from the stands. “He was finishing around the rim, contested or not, and finding the open guys with dime passing.”

McHam quickly concluded that he had to recruit Lundvall for Pfeiffer.

“Ryan makes us better with his high IQ for the game and his athleticism as a big man with point guard skills,” he said. “He can play a multitude of positions, and he impacts the game whenever he has the ball in his hands, by scoring or passing. I believe this young man is going to be a big factor in our success this season.” 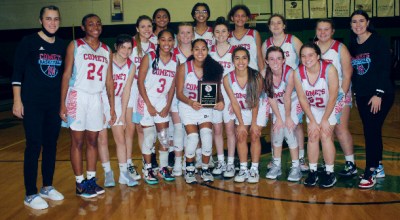 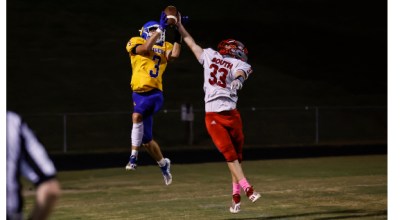