Morgan Chair picks up the pieces, continues to operate despite fire 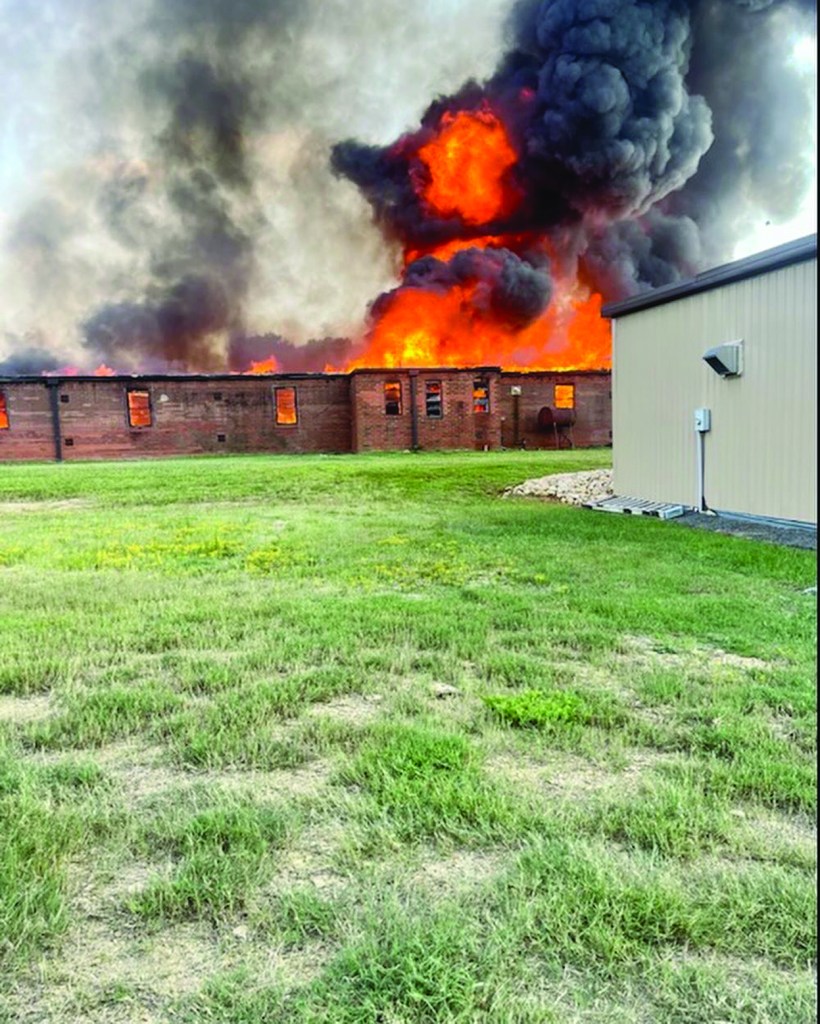 The indomitable spirit of one local business has continued despite the tragedy of losing its primary location to a fire.

Stanfield custom furniture company Morgan Chair has a new home and has continued to employ its 25 full- and part-time employees. The company is now working out of the old Rusco building in Oakboro on South Main Street after the factory on Sunset Lake Road caught fire Friday afternoon.

Owner Jesse Morgan credits his faith in God and the support of his community for having helped the company to continue to work, with volunteers coming in to help all weekend long.

The day of the fire, Morgan said he was the only person in the building when he heard something and his lights flickered.

“I heard a noise. It seemed like something was on top of the roof. It felt like the roof was moving at that point,” Morgan said. “I couldn’t figure out what that actually was.”

Morgan grabbed a fire extinguisher and ran into the woodworking facility, but he said the fire was too big for five fire departments to fight, let alone himself.

“A lot of people have seen the tragedy, but I want people to see what good came out of this,” Morgan said.

Many times, he noted, businesses take months to recover from a fire, but his employees were back at work at the new location in Oakboro at 8 a.m. Monday.

“We didn’t miss a single day of work (despite suffering) one of the most tragic events that could happen to a business,” Morgan said. “We worked through the weekend nonstop with so many people from the community who made that happen and continue to make this happen.”

He said employees are prepping the new space while tables are built to cut fabric and new machines are due to arrive.

His goal is to have a piece of furniture finished by Friday, which he said would show “we were not defeated. We fought through it. It’s for me to show our employees and myself. This is not it (for us). God’s in there with us.”

The business’ new building has an air compressor and air lines already in place. Morgan said his company will share the building with another company.

Morgan’s company produces custom furniture for high-end homes and commercial settings like restaurants for companies throughout the Southeast and has clients as far away as Aspen, Colorado.

“We have bounced back faster than I could do myself. I could not have pulled this off. I had everybody else help me and God’s hand led me to the people that had the building,” Morgan said.