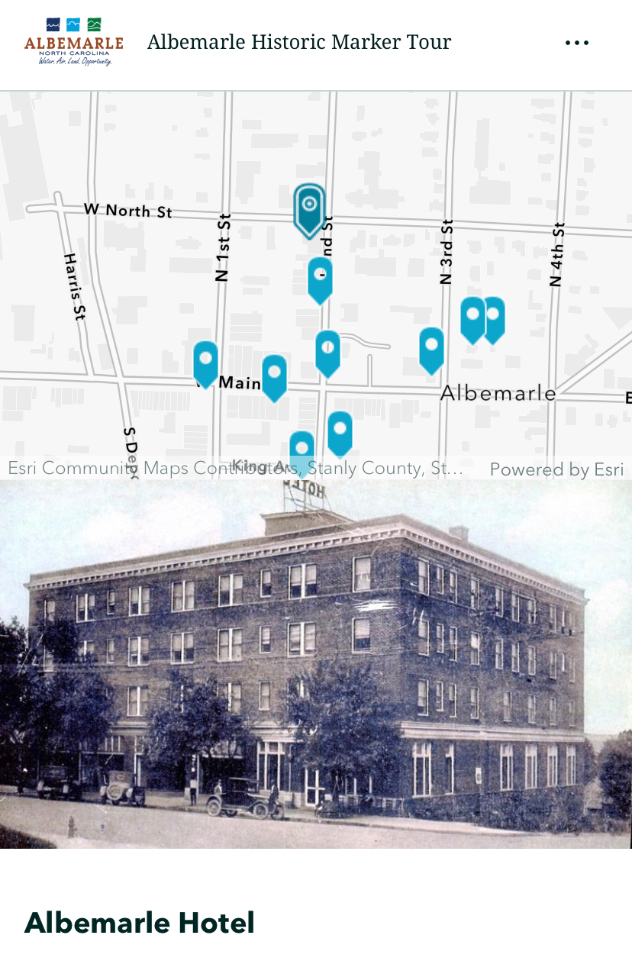 The first batch of historical markers highlighting prominent Albemarle locations, like the old Albemarle Hotel, should be installed early next year.

The first batch of historical markers that will posted throughout Albemarle, highlighting notable locations throughout the city, should be installed early next year, according to Planning specialist Brittani McClendon, who presented a brief update about the program before City Council Monday night.

The city will purchase the new signs next month, McClendon said, and should hopefully have them installed by February. 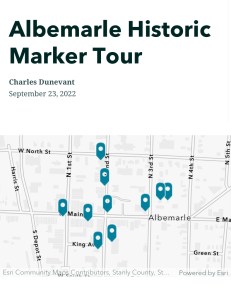 The signs for the Historic Marker program should be installed early next year.

The city’s Planning staff has identified 10 locations as part of its first phase, including historical properties that are no longer around.

The locations for the first phase include:

The program, which is part of a joint collaboration between the city and the Stanly County Historical Society, was first approved by the council during its Aug. 1 meeting.

“With the addition of the locations, we are using the markers to digitally tell stories with GIS,” McClendon told Council, adding that the planning staff is producing a web-based story map. The markers will provide a short history of each location along with a QR code which will help the city track engagement. 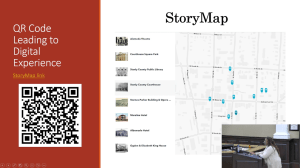 People can scan the QR code with their phones to learn more about the marker program.

“It’s an immersive experience to be had on your phone or the computer,” she said, noting the map will also be easy to update as needed.

The signs will be orange and 12-by-12-inches, thereby differentiating from the traditional 12-by-18-inch standard traffic signs, and will be affixed onto existing light poles (near each location) around the city.

The planning department has been working with the public works department to ensure the city has the necessary materials to hang the signs.

“The Historical Society was pleased to collaborate on this project with Planning and Development staff,” Historical Society President Kent Harkey told Council. He commended the city’s resident historian Lewis Bramlett, who worked to make sure the facts associated with each location were accurate.

In other news, the council: